The singer and keyboardist of the Sony-signed Metal band “Witherfall” has been working in music production for over 10 years, spanning a wide variety of genres from Pop to Metal. Most recently, Alex worked on Nita Strauss’s album “Controlled Chaos” which went number 1 on the Rock Billboard charts.

With over 150,000 subscribers, he also runs one of the most successful educational Audio Youtube channels on the web: ‘Gear Gods’.

Last but by no means least, Alex is the co-founder of Lancaster Audio an audio software company, where he handles software design and development. 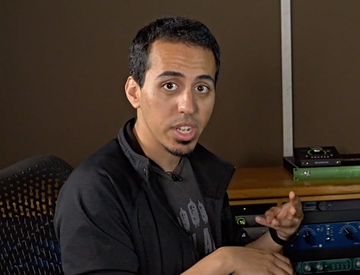 
In this course, professional engineer/producer Alex Nasla (Witherfall, Nita Strauss) teaches you how to mix and master an entire 9-song Metal concept album in under 10 hours. All Multitracks of Status Minor’s album ‘Three Faces of Antoine’ are included!