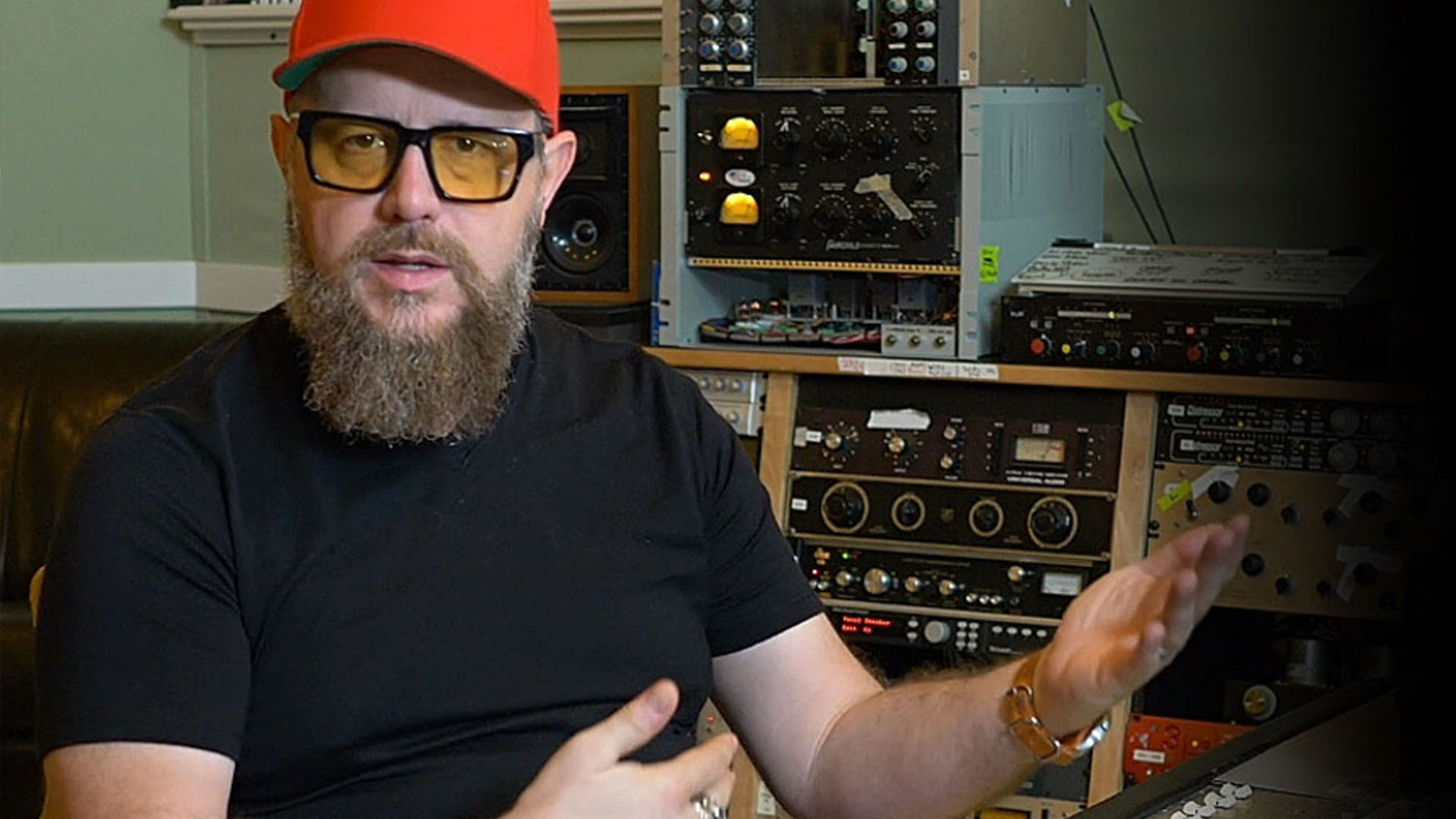 When it comes to Pop-Rock and Country, Nashville is the capitol of the world.

In fact, the music scene in Nashville is so competitive that, in order to even make a humble living as a musician or producer, you have to be world-class.

With this tutorial, Reid shares his secrets and teaches you his exact process:

Skip years of painful trial and error, by learning from one of the best producers/mixer in the industry.

In this course, F. Reid Shippen walks you through his entire mixing process of Jaclyn James’ – ‘Believe’ from A-Z.

Jaclyn James is an amazing songwriter, keyboardist, and syth-programmer who has worked with Celine Dion, Jennifer Lopez and Kylie Minogue.

If you’ve ever heard about Blackbird, you’ll know that they’ve accumulated the best gear collection in the world. From a wide variety of drumkits, to guitars and amps, all the way to microphones and vintage outboard equipment: This place is any engineers wet dream.

And it shows! The recordings sound absolutely fantastic, and you’ll have a blast following along with Reid and mixing them yourself!

One question we always get is: Is it even worth to use a hybrid mixing setup?

And if so, what’s the best way to blend analogue and digital processing?

Drums can be one of the most challenging elements to get right in the mix. There are simply so many varliables!

In this chapter, Reid teaches you the techniques you need to achieve maximum impact and excitement in organic drum recordings.

Get an up-close look at Reid’s EQ moves, discover how to utilize intelligent transient designers and saturation, and learn which compressors are best suited to achieve MASSIVE kicks and snares. (Seriously, when I first heard this little-known plugin, I was blown away!)

Oh, I almost forgot: You’ll also receive a Blackbird chamber recording, which was used to create the world-famous Kings Of Leon snare sound!

If you want your song to be successful, you have you get the vocals right. Period.

Thats why professional engineers spend most of their time fine-tuning vocals!

Discover new ways to combine analogue and digital equipment, and create 3-dimensional and cinematic vocals that your listeners will fall in love with. 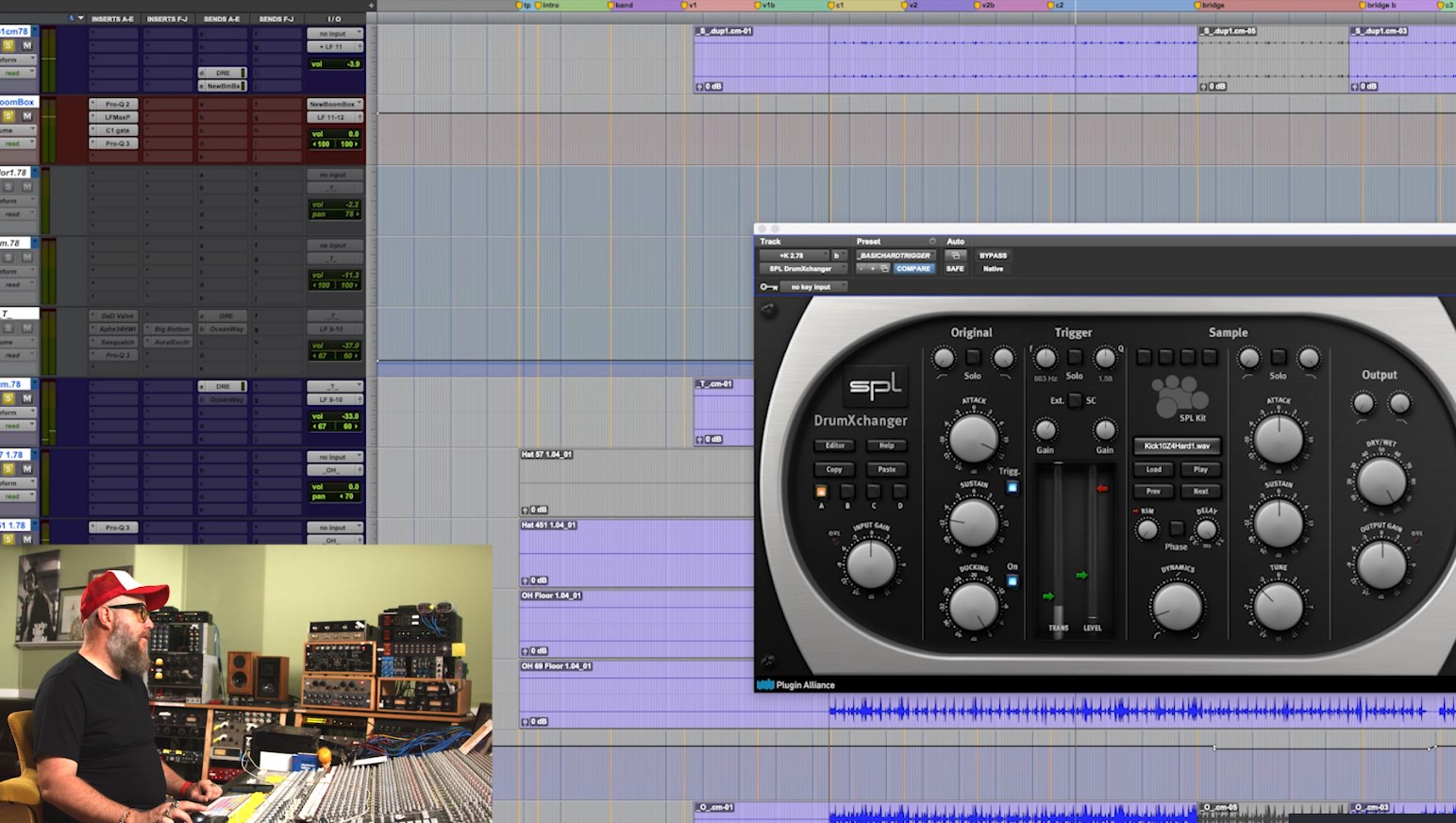 Guitars are the heart of every Rock track. Over the years, Reid has discovered mixing techniques that’ll make any guitar shine.

Learn how to use Exciters, Widening, Chorus and Tremolo effects to add character and excitement to your guitars, while keeping them out of the way of the vocals and bass.

Blending Synths and Electric guitars can be challenging  for multiple reasons:

Firstly, both instruments take up a wide range of the frequency spectrum, which can lead to muffled mixes that lack definition and clarity.

Secondly, it can be hard to blend electronic and organic instruments in a way that doesn’t feel like they were randomly thrown together.

Reid teaches you how create a massive 3-dimensional soundstage, where all elements work together, and compliment each other beautifully. 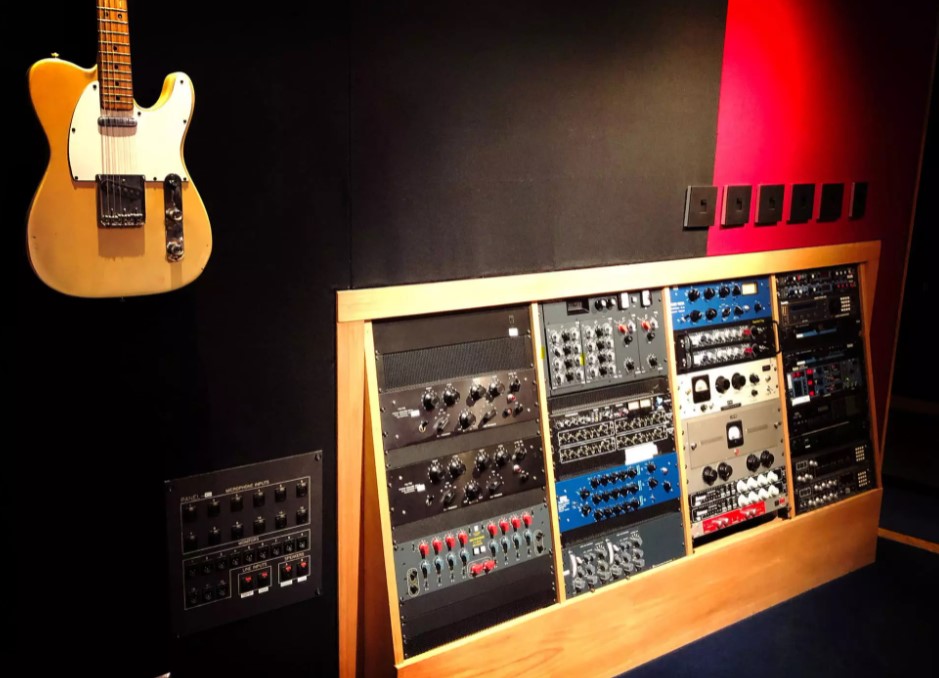 In this course, Reid guides you through his workflow and explains the thought process behind every decision in detail.

So you can apply the same process and midset to your future mixes and achieve great results every time!

Bring Your Mix to A Competitive Loudness:
Master Bus Processing

Master bus processing is crucial – especially if you want to release your songs right away.

Use The FX-Chains Of A Grammy Winner

In this course, Reid breaks down over 15 of his go-to effects chains for vocals, drums and bass.

These chains have carefully developed over years of experimentation and trial and error. And they simply work!

Now, with the click of a button, you can discover and utilize the same processing Reid does, and achieve professional sounds FAST:

After taking this class, you won’t have to worry about your delay, reverb and compression settings any longer, and will  be able to mix quickly and intuitively!

We’ve included the all multitracks of Jaclyn James’ – Believe so you can mix the song for yourself. We’ve also included a license for you to use your mix on your website or portfolio to help you grow your mixing business.

Which order should you mix your tracks in?

This is the best video you’ve done in my opinion! Thanks!

F. Reid Shippen has made a name for himself through working with some of the world’s most respected artists across a wide variety of genres. Over his extensive career, Reid has mixed multiple platinum and gold records and hundreds of charting singles and albums, including ten Grammy Award-winning projects. Known…

Don’t wait to get your hands on this amazing content. You can buy this course right now for only $57. If for any reason you don’t feel that your mixing has improved after watching this course, simply shoot us an email within 30 days and we’ll give you a full refund, no questions asked.