LEARN HOW TO CRAFT CHART-TOPPING MIXES

LEARN HOW TO CRAFT CHART-TOPPING MIXES

F. Reid Shippen has made a name for himself through working with some of the world’s most respected artists across a wide variety of genres. Over his extensive career, Reid has mixed multiple platinum and gold records and hundreds of charting singles and albums, including ten Grammy Award-winning projects.

Known for his hybrid analog workflow, Reid has brought his signature sound to records for artists such as Death Cab For Cutie, Cage The Elephant, Neil Young, The Jonas Brothers, Backstreet Boys, Eric Church, Johnny Lang, Chris Tomlin, Dierks Bentley, and the list goes on. 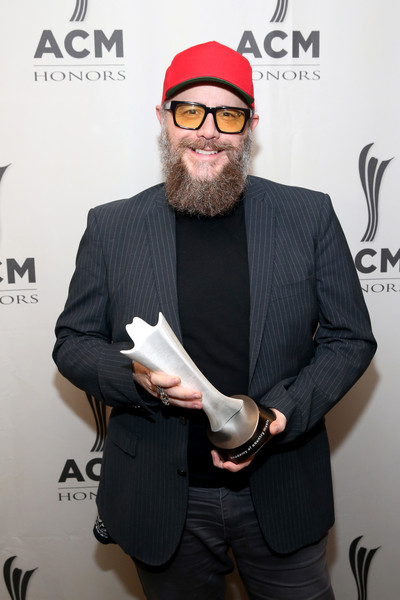 
F. Reid Shippen has made a name for himself through working with some of the world’s most respected artists across a wide variety of genres. Over his extensive career, Reid has mixed multiple platinum and gold records and hundreds of charting singles and albums, including ten Grammy Award-winning projects.

Known for his hybrid analog workflow, Reid has brought his signature sound to records for artists such as Death Cab For Cutie, Cage The Elephant, Neil Young, The Jonas Brothers, Backstreet Boys, Eric Church, Johnny Lang, Chris Tomlin, Dierks Bentley, and the list goes on.

When it comes to Singer/Songwriter, Pop-Rock and Country Music, Nashville is the capitol of the world.

In fact, the music scene in Nashville is so competitive that, in oder to even make a humble living as a musician or producer, you have to be world-class.

If you want to learn how to produce and mix Singer/Songwriter tracks that have the potential to get on the radio and top the charts, Reid is the man to talk to.

With this tutorial, he shares his secrets and teaches you his exact process:

Skip years of painful trial and error, by learning from one of the best producers/mixer in the industry:

Mix A Song Featuring Nashville’s Finest – The Multitracks Are Yours!

If you’re looking to build a career as a mixer and attract new clients to your studio, it’s crucial to have a resumé packed full of amazing songs, which showcase your skills.

Thats why we’re including ALL  Multitracks of ‘Under Your Spell’ by Eric Pasley with this course.

Mix a song featuring Nashvilles finest musicians and producers, add it to your resumé and impress any potiential client!

The first step to a chart topping song is outstanding production and a great recording!

Reid breaks down each track, explains which mics and singal chains he used and shows you how to build exitement and tension in the chorus by layering multiple instruments. 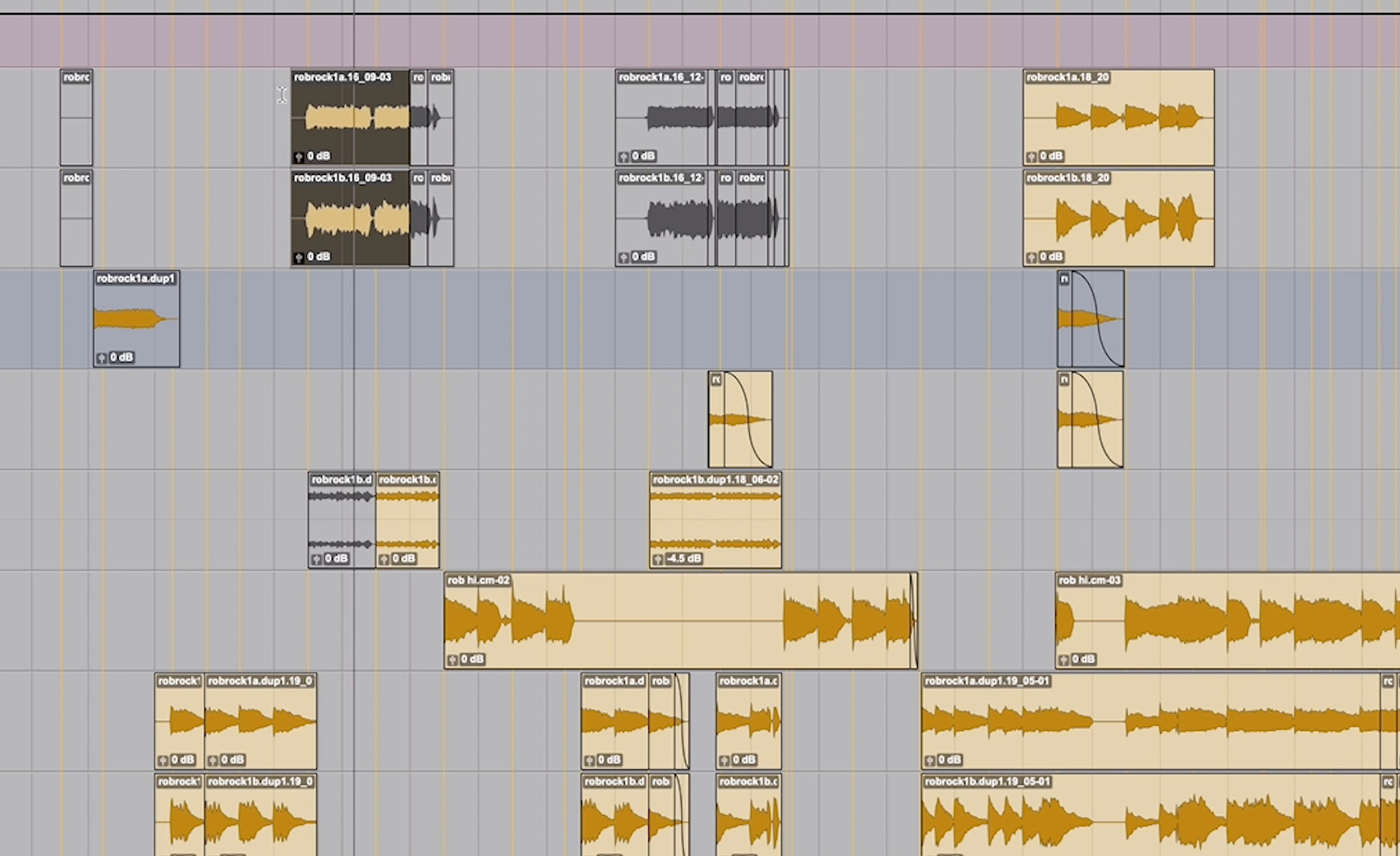 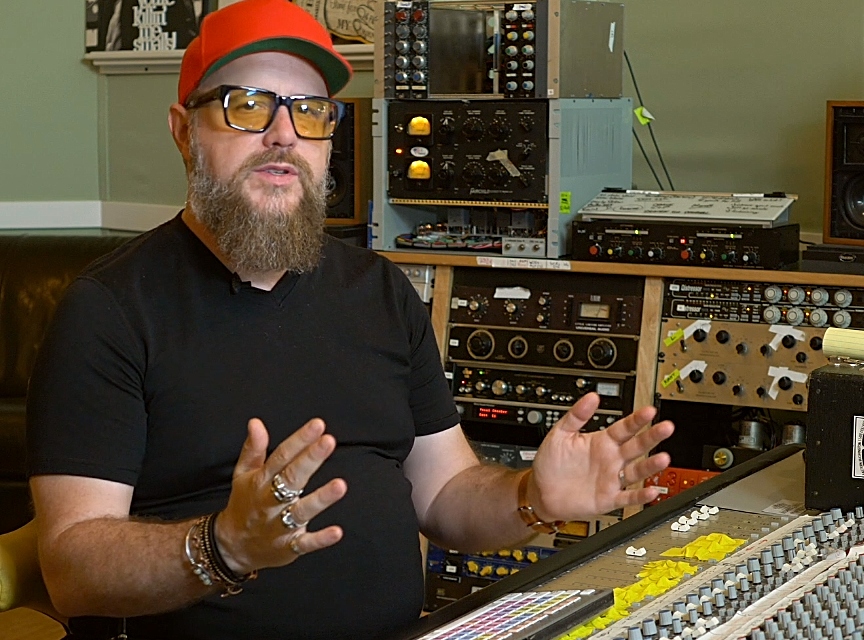 One question we always get is: Is it even worth to use a hybrid mixing setup? And if so, what’s the best way to blend analogue and digital processing?

Mix Drums That Make You Dance

Drums can be one of the most challenging elements to get right in the mix.

Discover how to blend Organic Drums with Samples, as well as Loops, to create a rythm section that makes people get out of their chairs and dance! 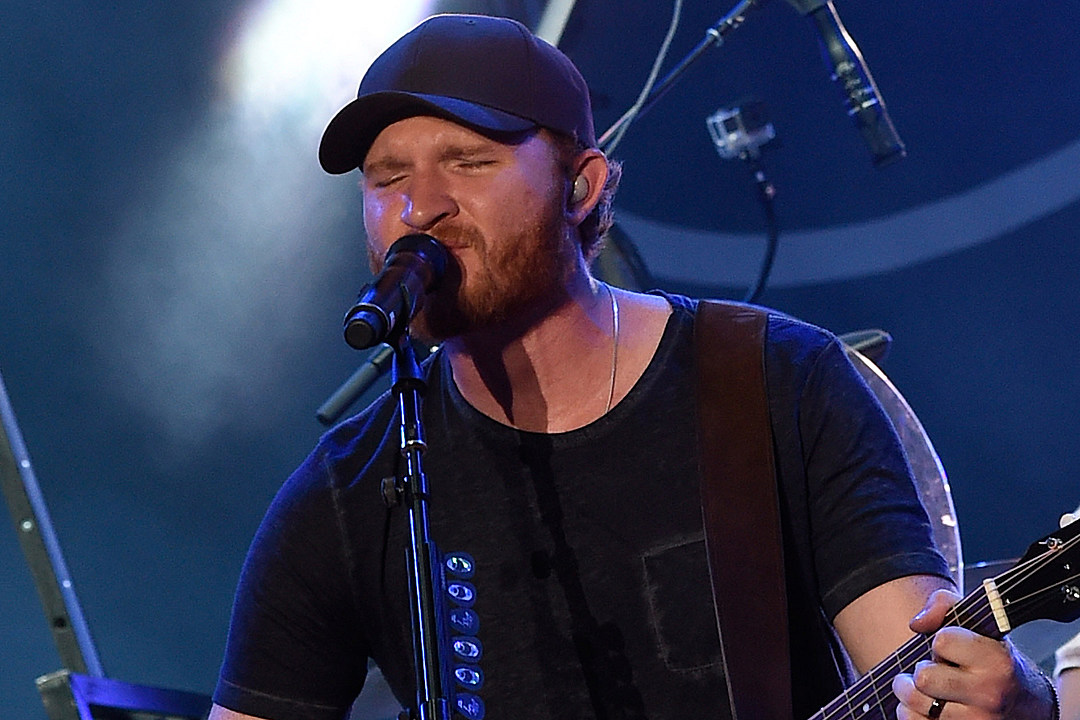 If you want your song to be successful, you have you get the vocals right. Period. – Thats why professional engineers spend most of their time finetuning vocal sounds!

Learn advanced ways to combine analogue and digital equipment to create a sparkly vocal that your listeners will fall in love with.

Guitars are the heart of every Singer/Songwriter track.

Do you want to achieve guitars sounds as good Reid’s?

This tutorial gives you a fool-proof way to do so! 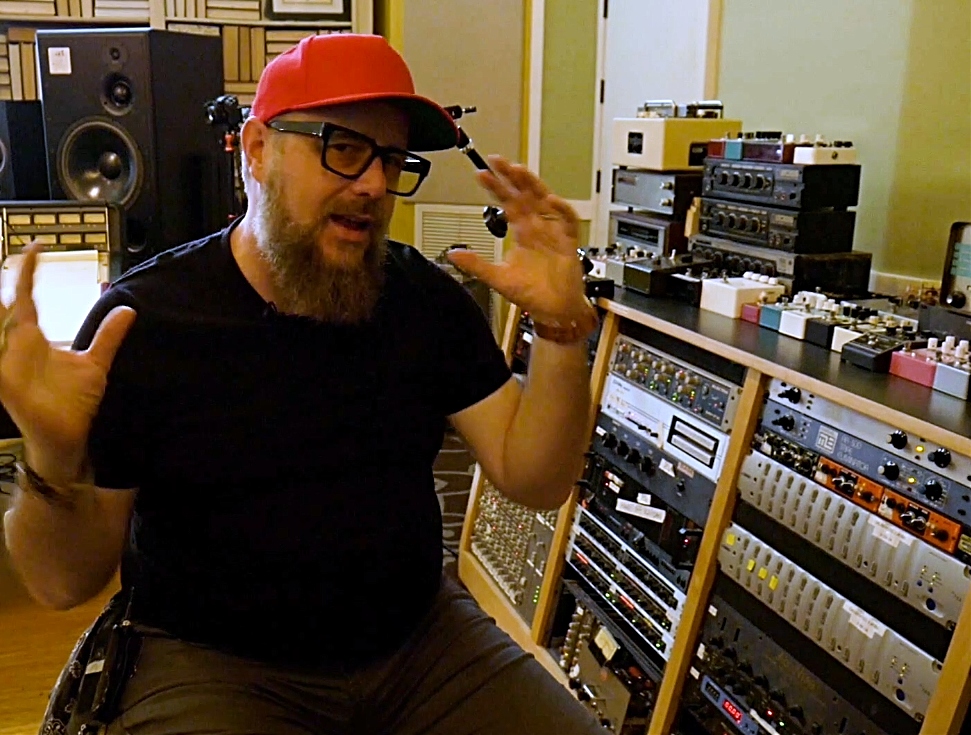 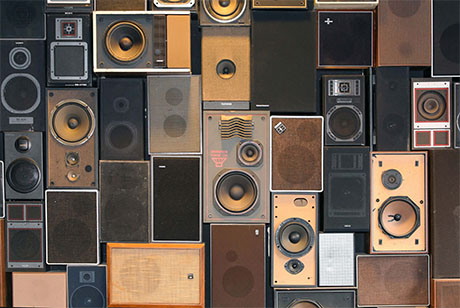 Bring Your Mix to A Competitive Loudness
– Master Bus Processing

Masterbus processing is crucial – especially if you want to release your songs right away.

Reid explains the reasoning behind every mixing moves he makes, so you can apply the same principles to your future mixes. – And achieve great results every time! 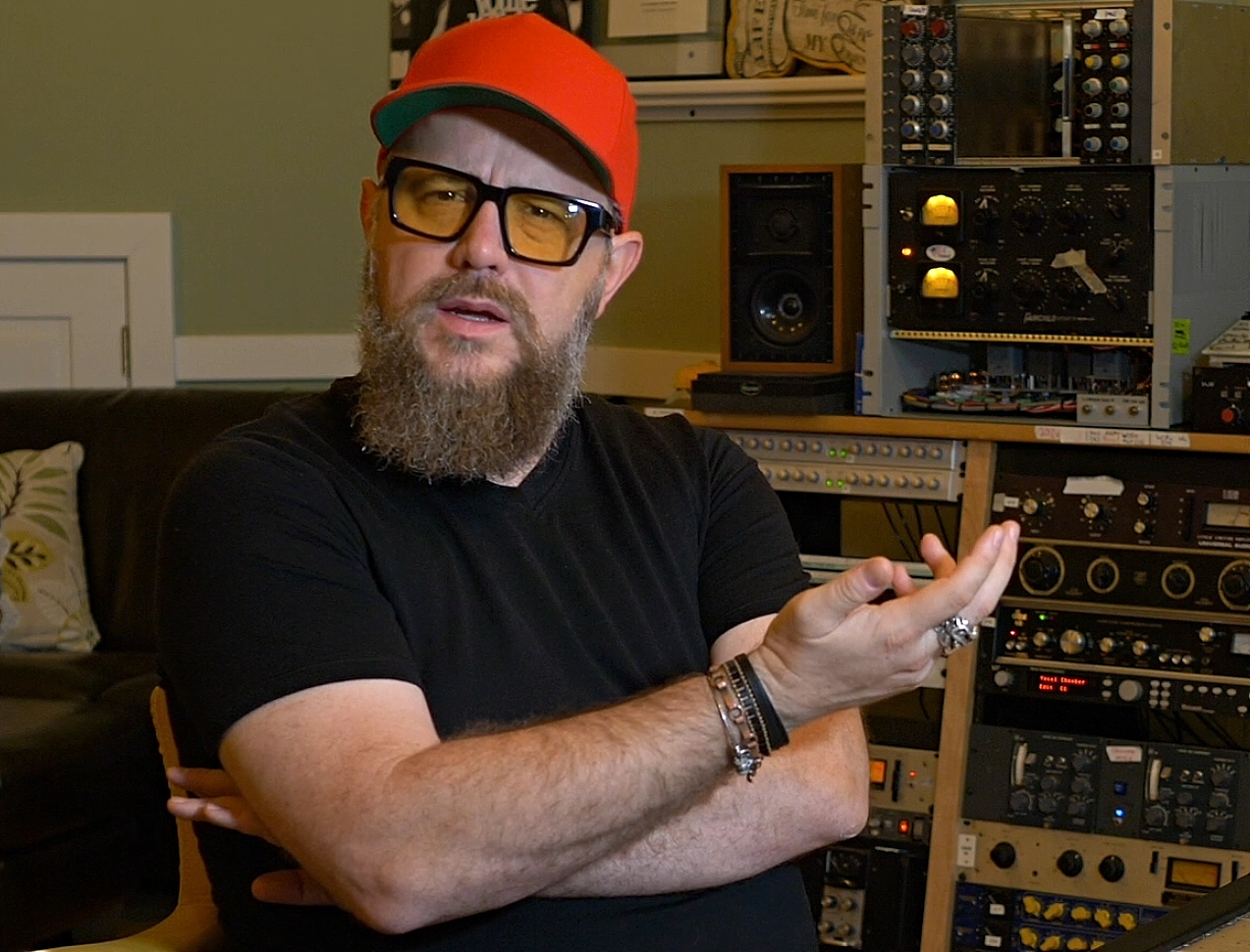 PLUS A WHOLE LOT MORE

TAKE YOUR MIXES TO THE NEXT LEVEL:

WHAT PEOPLE ARE SAYING ABOUT THIS COURSE

For a long time I struggled to get everything to and sit well together in a mix, however after watching this tutorial I identified he problem areas in my mixes and I was able to go back and fix them. My confidence has grown leaps and bounds as a mixer.

ENDORSED BY LEGENDS AND PROS ALIKE 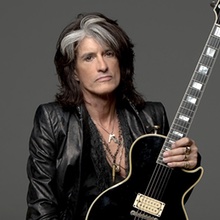 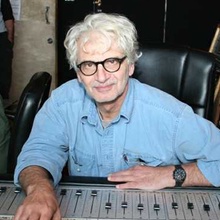 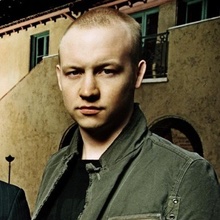 WHAT IF THIS COURSE DOESN’T WORK FOR ME?

When trying something new, there’s always risk involved. But the bigger risk is often NOT doing anything at all!
Even the best engineers in the audio industry keep learning new things and evolve on a daily basis – it’s THAT important!

And in the end, all you really care about is your music, right?

This is a wonderful opportunity to learn from one of the best Mixing Engineers in the industry.

So I ask you: What is the bigger risk? Not taking this course and having your productions stagnate over the next months, or spending a few bucks to learn new concepts that could change your music forever?

However, I want to make 100% sure that you can only gain from this purchase. So I’m including a 30 Day Money Back Guarantee for you! You can take this full course right now, and if it doesn’t help you take your masters to the next level you’ll get a full refund, no harm done. You can even keep the files.

So don’t hesitate and take this course now and see your music grow!

Is this a streaming site? Can I download the files?

Mixing Singer/Songwriter is a collection of downloadable zip files. These downloads are yours for life! We are working on a streaming solution for future release. We will contact you via email once the members area launches.

What if I run out of downloads?

If you have any issues at all please contact us to support@promixacademy.com and we’ll get you taken care of right away!

Are there any multitrack files included?

Absolutely. We’ve included all multitracks for your mixing pleasure!

Is this course only for Pro Tools users?

No way! While we do use Pro Tools, in today’s world of DAW’s, there is no “correct” choice. The concepts and techniques that we teach will apply to any major DAW like Logic, Ableton, Cubase, Reaper, Fruity Loops, Studio One and other similar platforms. All of these DAWs have great plugins, which can do just as much as Protools  plugins.

How is this different from other tutorials?

This course is designed to give you an UNDERSTANDING of the mixing process. Rather than teaching a bunch of techniques that only apply to specific source material, Reid teaches you what to listen for and how you can achieve the desired results regardless of the DAW.

Feel free to email us with any questions.