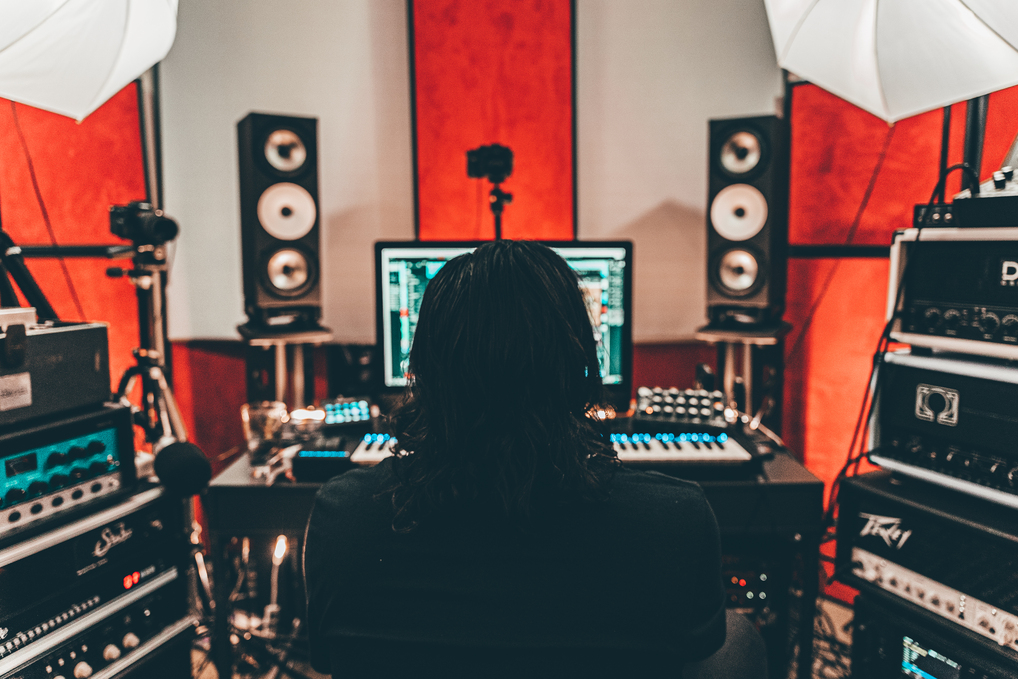 in association with
Kohle Audio Kult 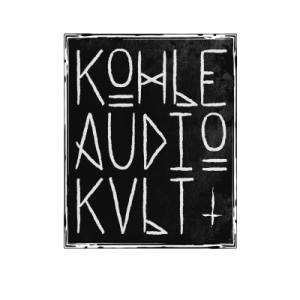 For this comprehensive, 10h+ Drum Programming guide, we’ve brought in no other than the incredibly talented Misha Mansoor, Founder of Periphery.

Misha originally started out as the drummer for Periphery, then switched to guitar, and has subsequently been named one of the Top 20 guitarists of the 2010s by Guitar World Magazine.

He’s produced every single one of the 6 Periphery albums, as well as released countless solo-projects under his alias ‘Bulb’, which are all entirely self-written, performed and programmed.

Quickly making a name for himself, Misha extended his production efforts to bands like Animals As Leaders, Veil of Maya, Born Of Osiris, Stray From The Path and many more.

As a cherry on top, Misha is a total gear-head, who has released multiple drum plugins with GetGood Drums, and knows the technical side of drum software like the back of his hand.

With this course, Misha will turn you into a Drum Programming Ninja.

From technical aspects such as selecting your software and setting up your DAW, to coming up with grooves and fills that enhance the production, all the way to humanization, and refining your parts.

Misha reveals the techniques he’s developed in over a decade of producing Metal at the highest level.

You’ll get to watch Misha break down his drum programming for 5 songs in 5 different Rock genres: Both of his solo projects as ‘Bulb’, as well as the Periphery song ‘Blood Eagle’.

But there is more!

As an exclusive bonus, Misha produces a completely new song from scratch in real time, including bass, guitars, and drums right in front of your eyes.

If you want to achieve pro-results with your drum programming, there really is no better way than learning from one of the most successful producers out there.

So what are you waiting for?

Pick up this course today, and take your sound and productions to a new level! 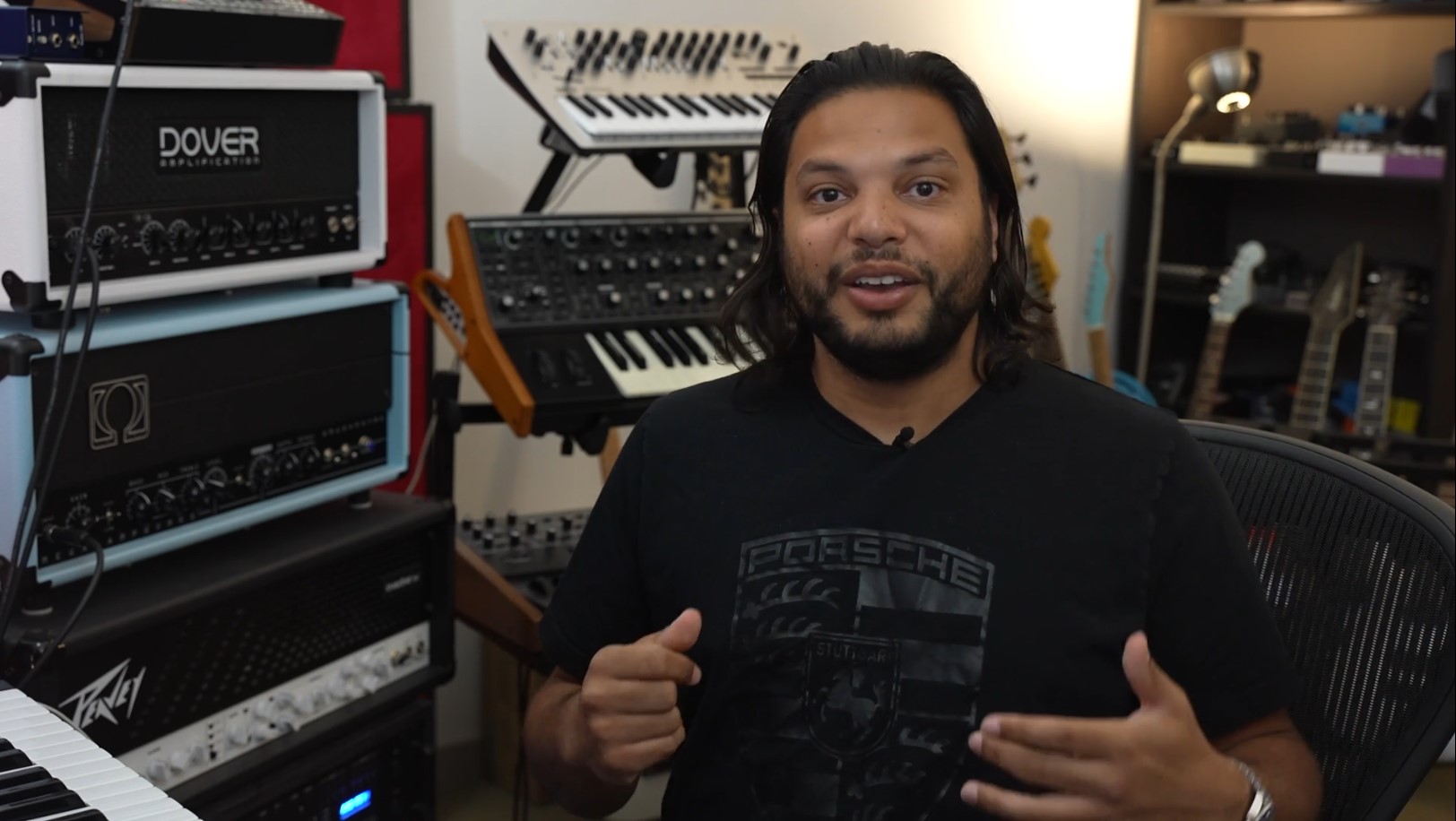 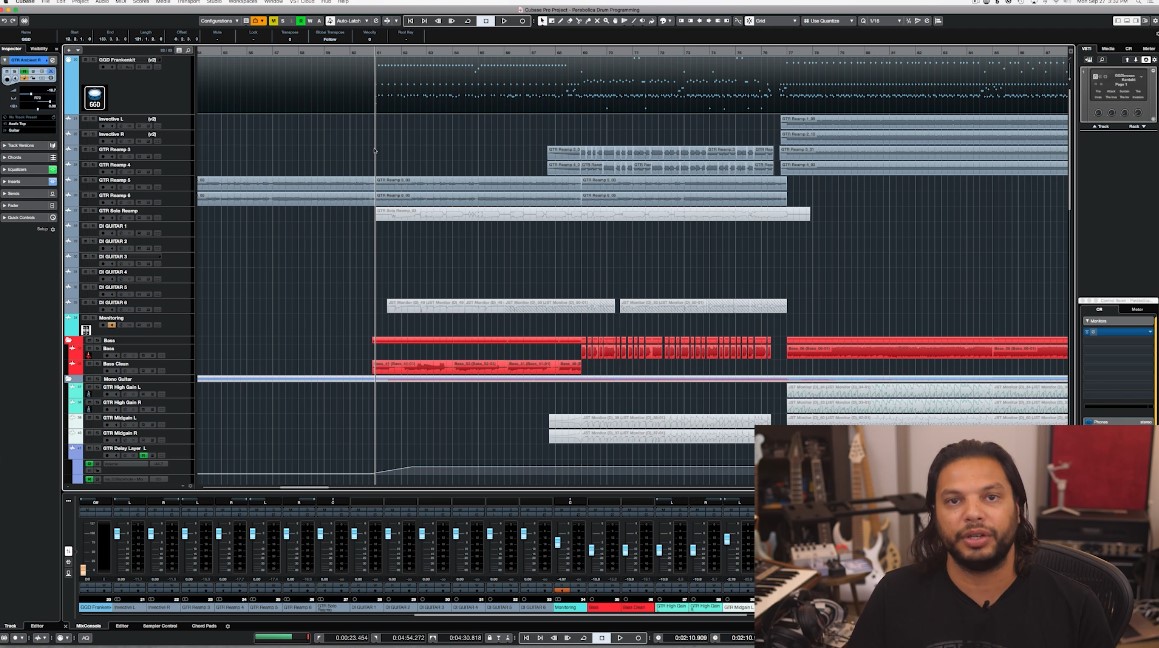 A Comprehensive Guide To Drum Programming

If you’re just starting out—especially as a non-drummer—learning how to program drums can feel like a daunting task.

Whether you’re a total beginner or have some experience programming drums:

We’ve designed this course to be the only drum programming guide you’ll ever need.

With over 10 hours of detailed instruction, Misha guides you every step of the way to programming realistic, dynamic and impactful drum parts.

From session setup and technical aspects of using the software, to understanding drum patterns, all the way to an efficient workflow, boosting your creativity, and the final mixing process.

Have you ever had this experience?

You’ve spent hours and days coming up with amazing guitar riffs, basslines and vocal parts. Your song is coming together perfectly.

All that’s missing is a great drum performance that will add the final lift in energy and excitement.

So you decide to program the drums yourself.

But even after sifting to countless midi libraries, auditioning hundreds of drum loops, and trying to add custom fills, breaks, and ghostnotes, the drum parts STILL don’t cut it.

Something is missing. Somehow, you can tell that this isn’t a real performance.

The parts you created don’t have the energy and excitement that a real drummer would bring to the table, when rocking out live with the band.

This course is designed to make these issues a thing of the past. And allow you to create drum parts and songs so massive and exciting, they’ll leave your fans speechless.

Inside, you’ll learn how to program drums which sound so realistic and nuanced, people will believe an actual pro-drummer performed on your session.

From the drum sound, to groove, feel, patterns and fills:
Literally, not even experienced producers will be able to tell the difference! 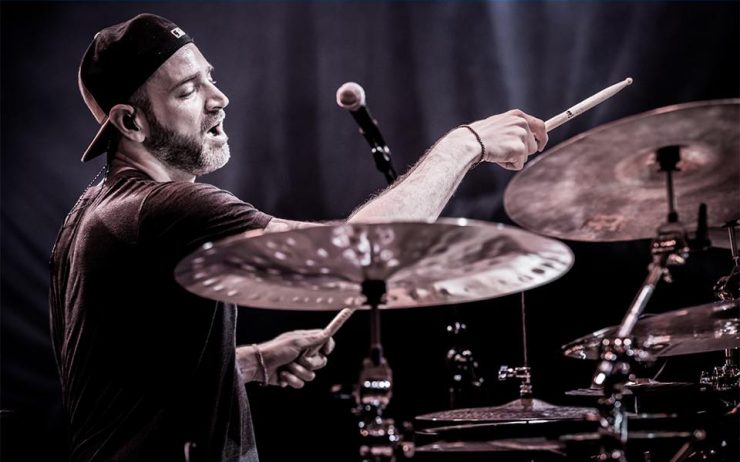 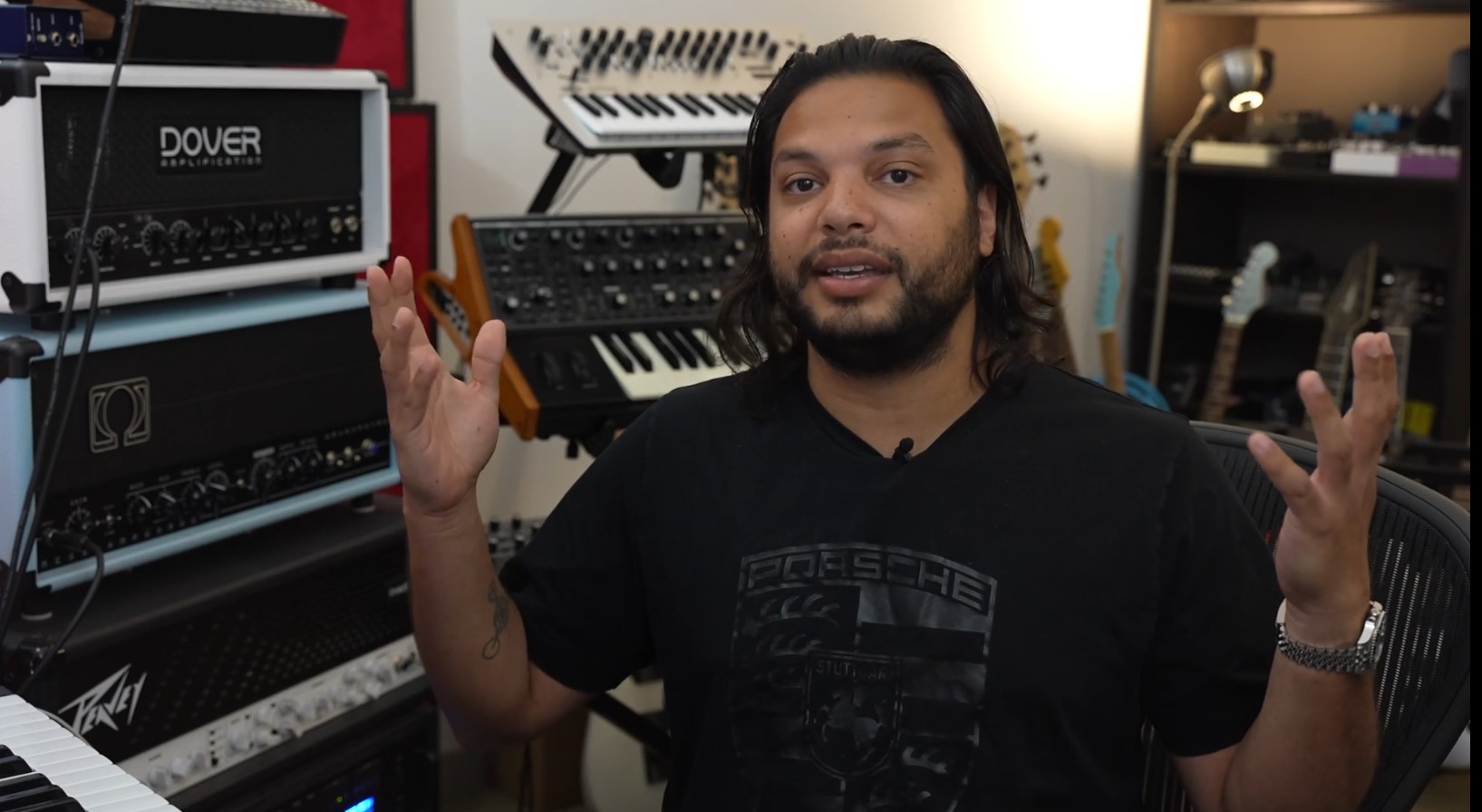 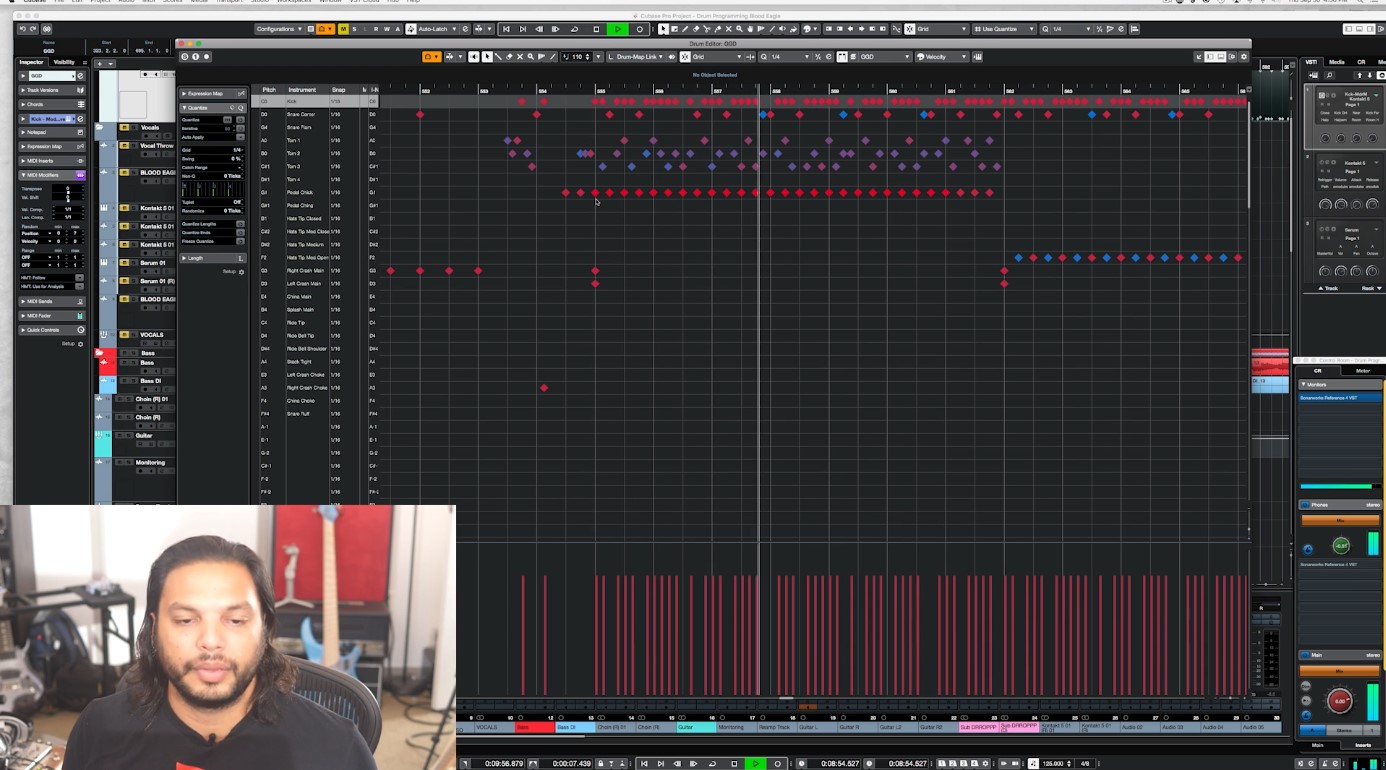 As with everything in music, there is no one-size-fits-all approach when it comes to drum programming.

– It depends on the vibe of the song and the production!

With this course, Misha guides you through programming drums for a wide variety of Rock genres, and shares a multitude of different approaches, to inspire you to find the perfect drum parts for YOUR songs.

Get an exclusive, behind-the-scenes look at Misha’s thought process behind programming:

and get your creative juices flowing! 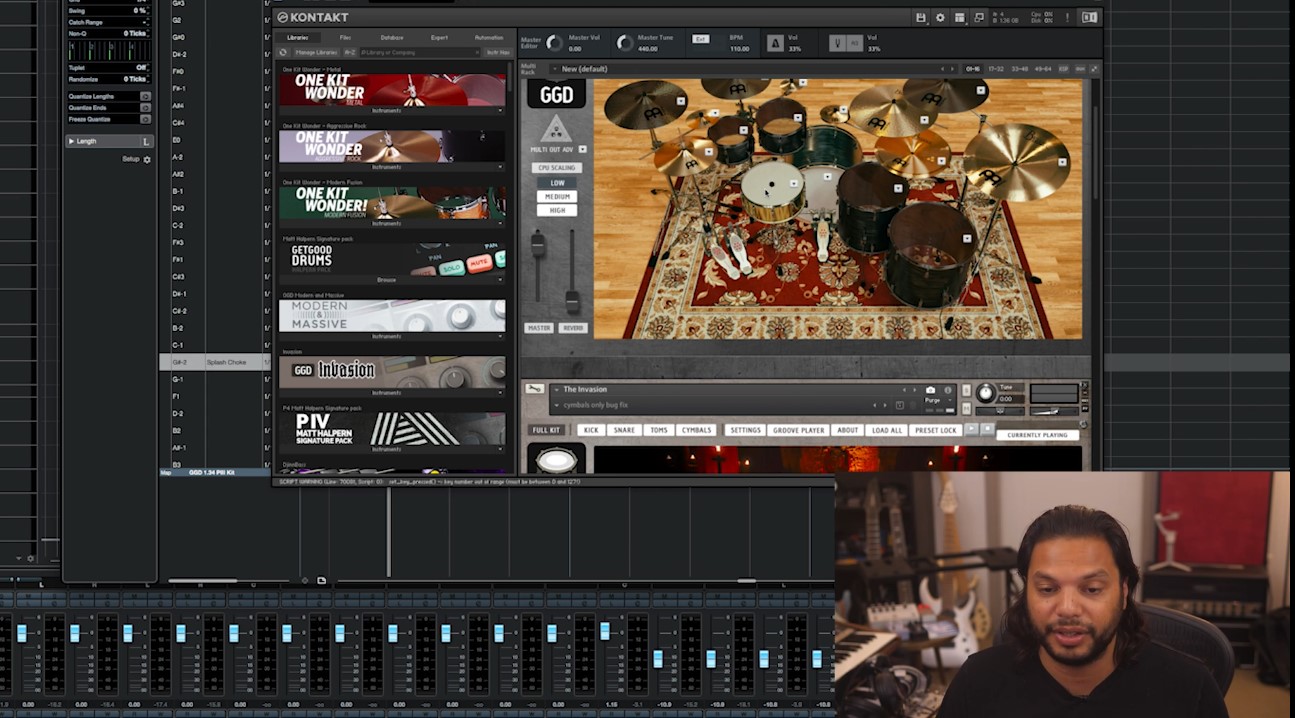 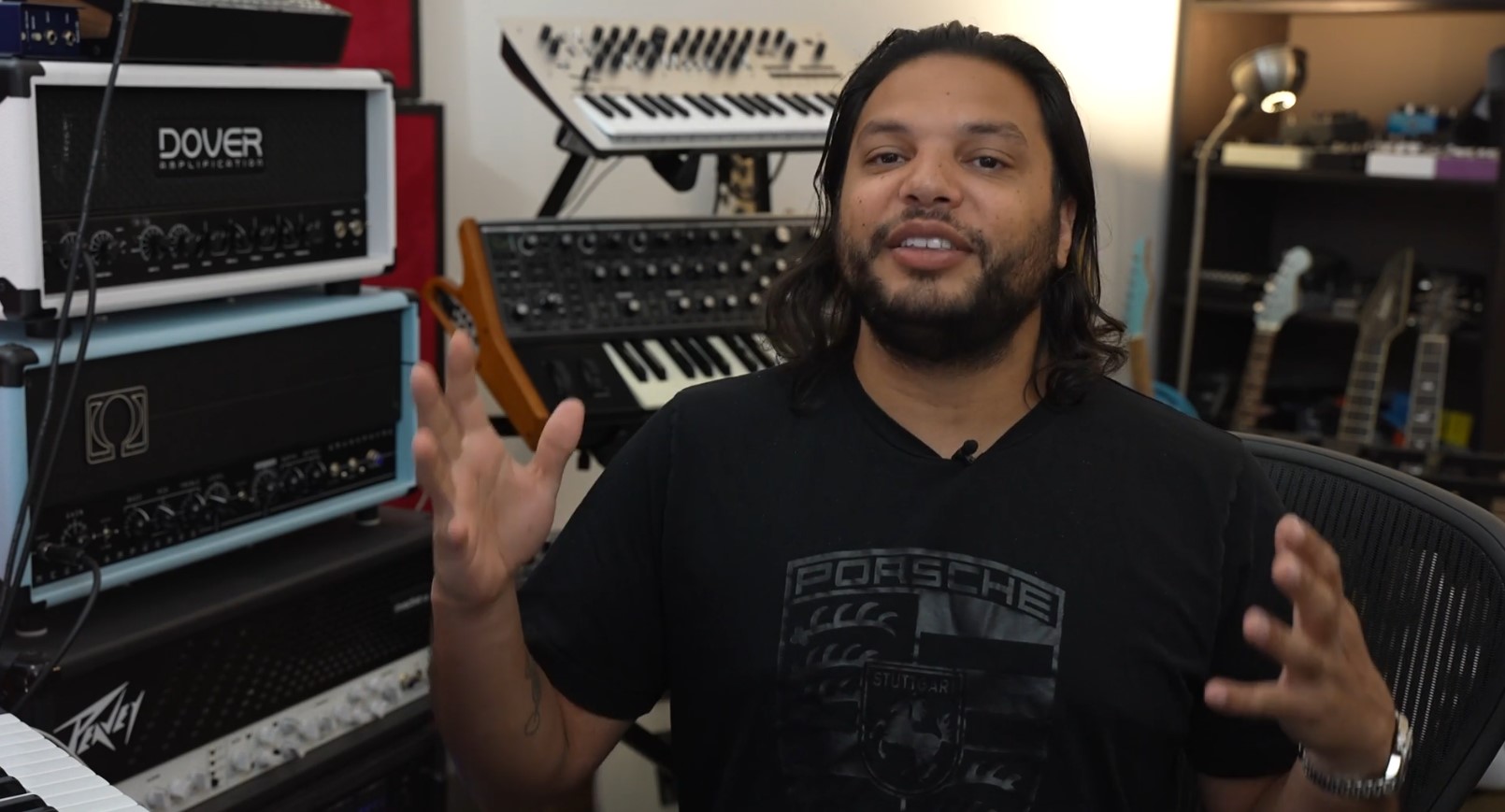 Use Drum Programming As An Inspirational Tool

With Matt Halpern as Periphery’s drummer, Misha literally has one of the world’s best drummers at his fingertips.

Why would be bother programming drums at all?

The answer is simple:

Misha uses it an inspirational tool, which allows him to experiment and come up with fresh ideas during the songwriting  process.

In this course, you’ll learn how to:

By applying the techniques Misha teaches you in this course, you’ll never run out of ideas again, and possibly come up with with a whole new sound for your band that you’ve never thought of before!

A big part of making drum programming a fun and creative process is being able to do it FAST.

By moving quickly, you’ll be able to stay in your creative zone and program feel and energy, instead of worrying about technical details.

In this course, Misha teaches you a foolproof method which will greatly enhance your creativity and speed.

Discover how to set up your software, routing and drum maps and create a convenient template.

So all you’ll have to do is load it up with one click and get creative. 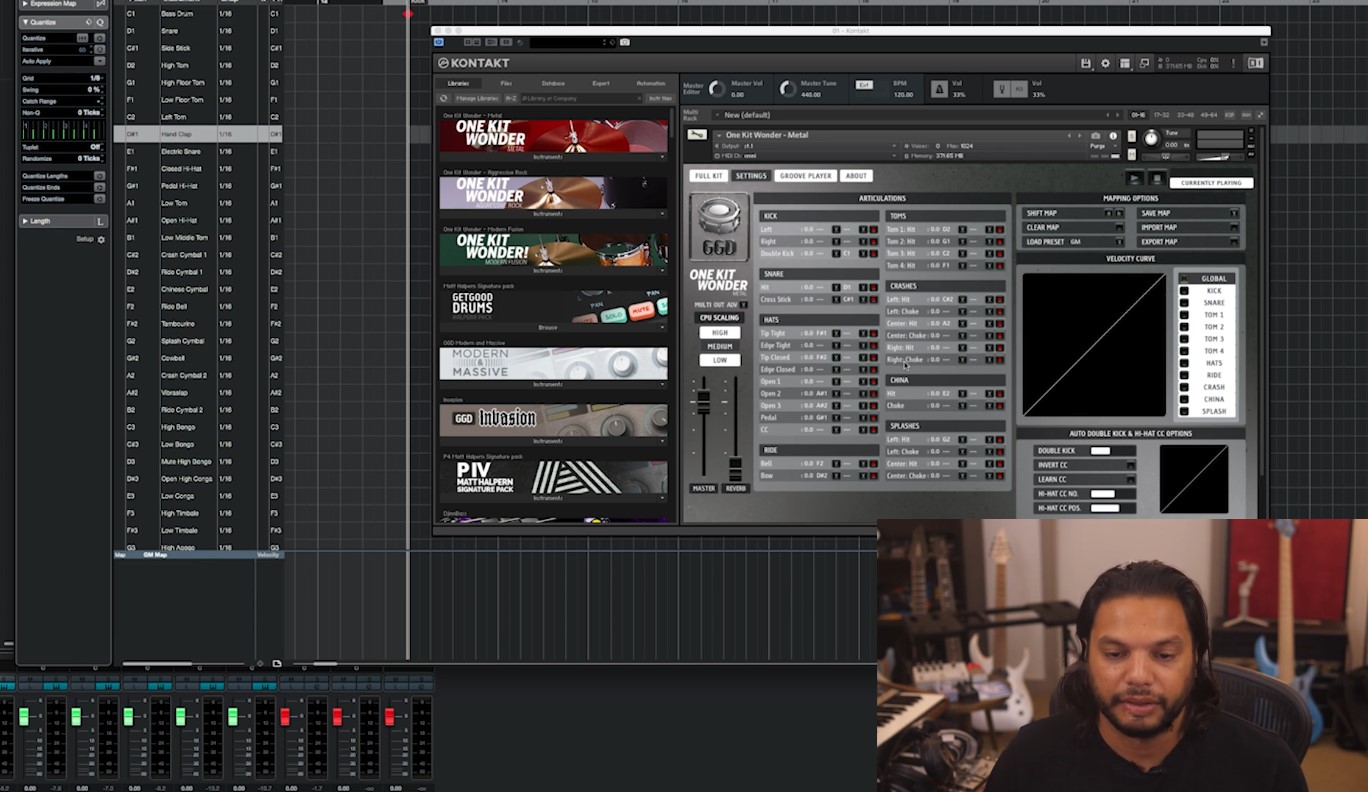 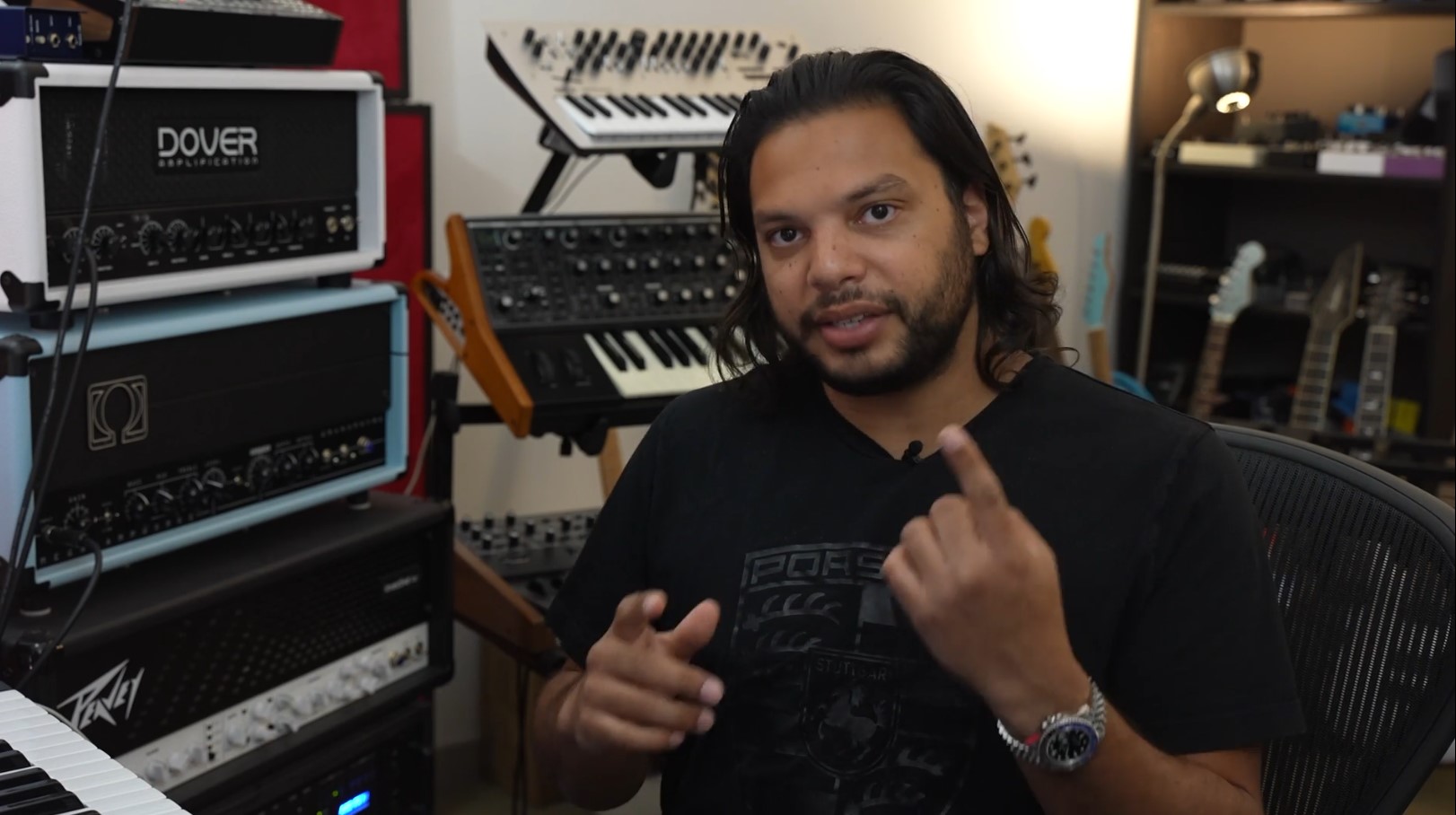 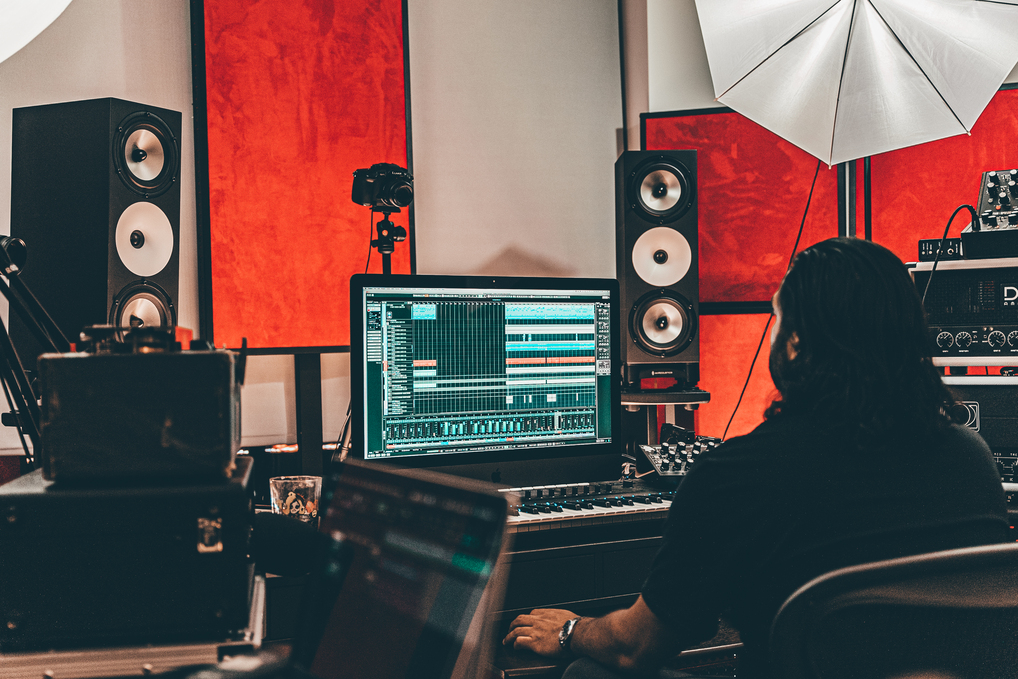 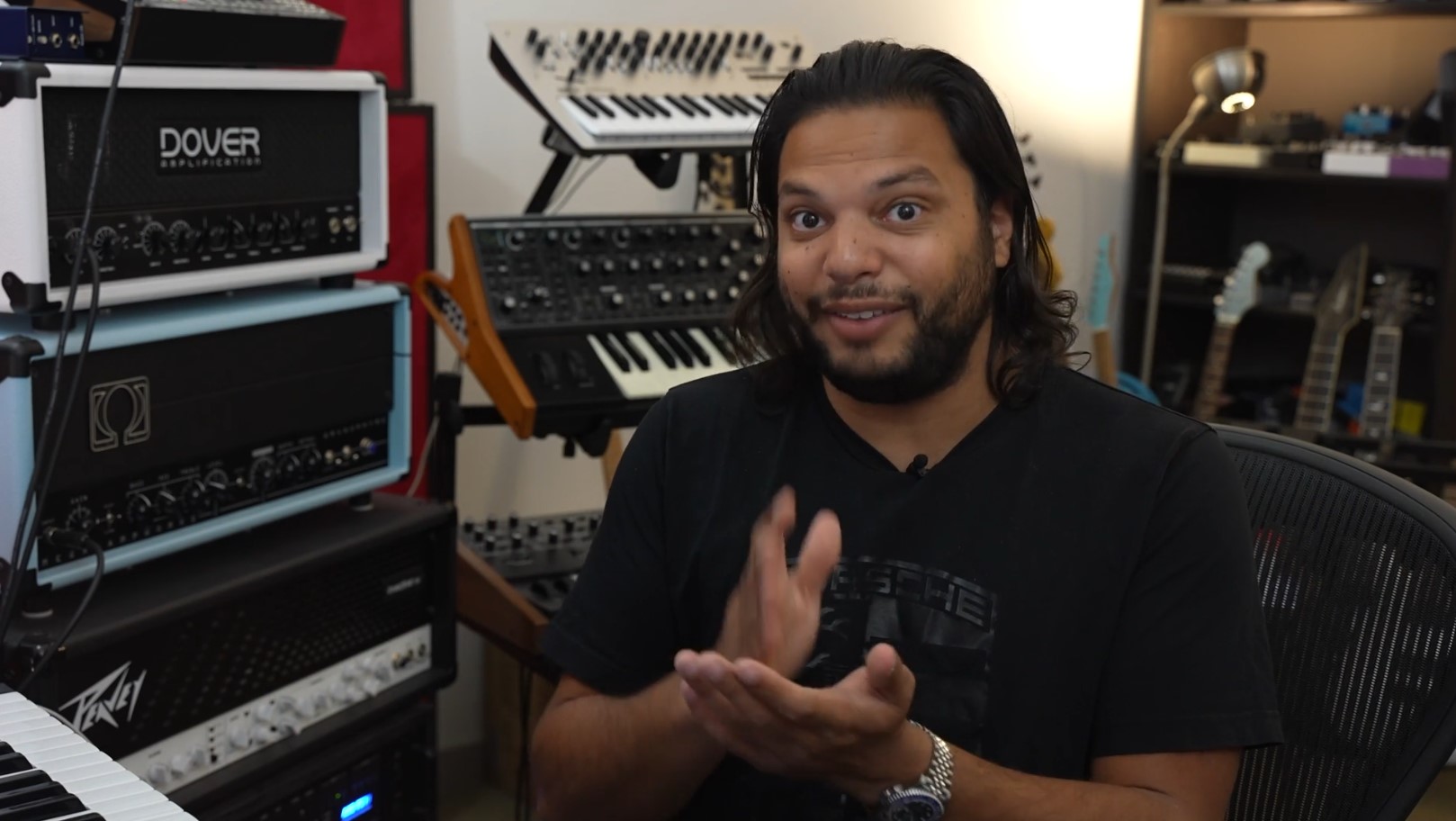 Sometimes, Drum Programming can feel like a laborious and boring process.

Aimlessly drawing in midi notes and altering velocities is simply not fun, nor inspiring.

What we really want is to get creative!

We want to get away from the basic beats and create custom grooves, interesting fills, and arrangements that add a new level of tension and excitement to the song.

In other words: we want to be able to PROGRAM FEEL and bring our musical vision to life.

In this course, you’ll learn how to do exactly that! Discover:

Even as a non drummer, you’ll be able to come up with your own unique grooves and create the energy, excitement, and tension you’ve always wanted for your songs.

Originally, our plan was to purely focus on drum programming with this course.

However, we want to ensure that you walk away with a fantastic end result.

Not only with great new beats, but a full-fledged song that you can be proud of, which is instantly ready for release on Itunes or Spotify.

That’s why we’ve decided to include a Mixing chapter, where Misha shows you how to make programmed drums sound alive, 3-dimensional, and help them sit well in the mix. 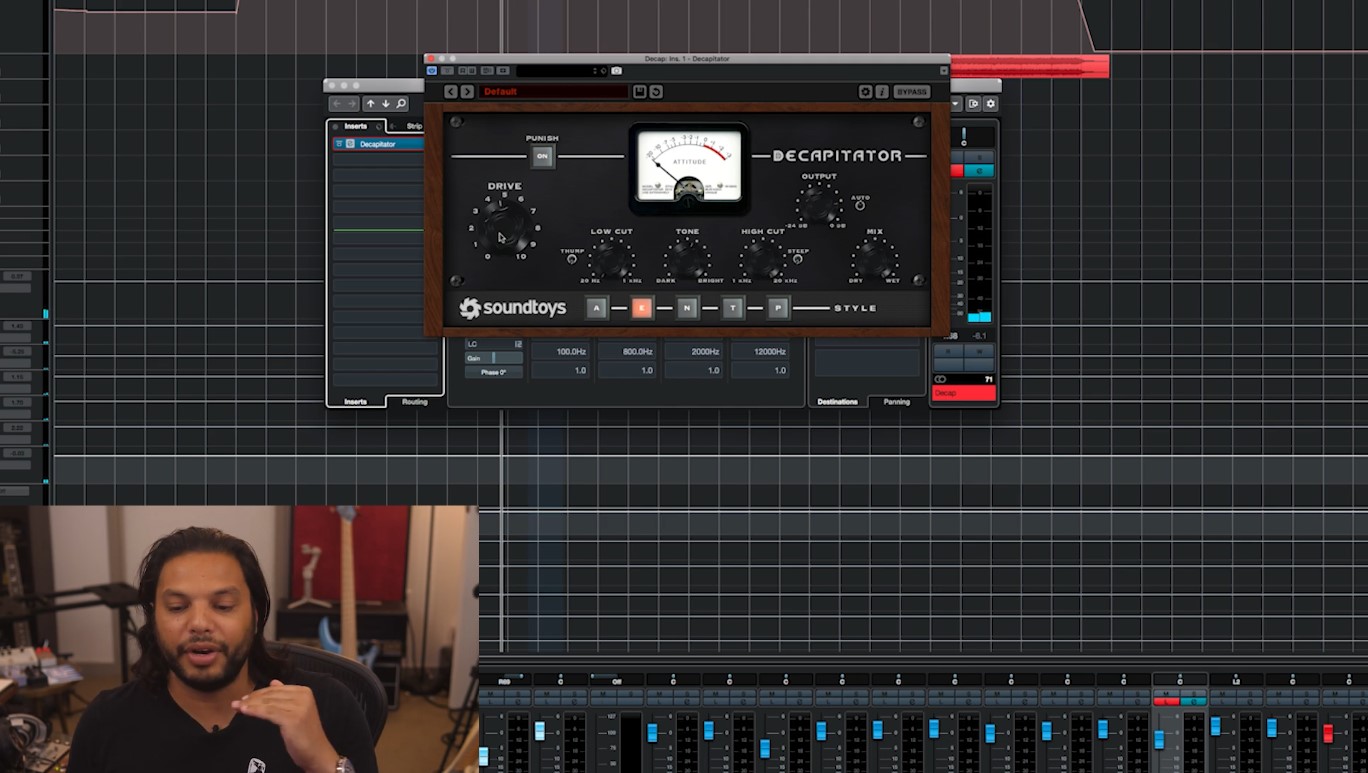 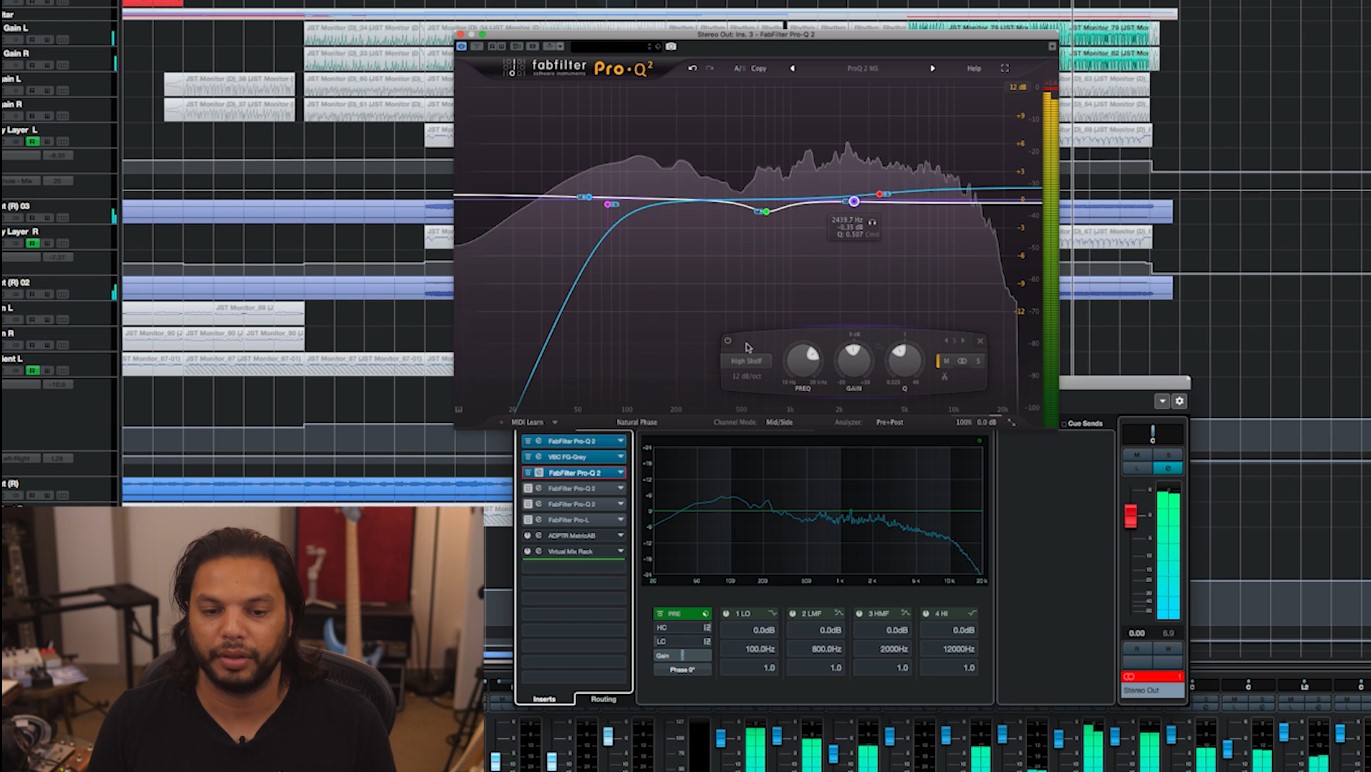 Misha Mansoor is currently one of the most successful Metal producers on the planet. Originally starting out as the drummer for Periphery, Misha then switched to being the band's lead-guitarist and producer, and has subsequently been named one of the Top 20 guitarists of the 2010s by Guitar World Magazine. Misha’s produced every single one of the 6 Periphery albums, as well as released countless solo-projects under his alias ‘Bulb’, which are all entirely self- written, performed and programmed. Quickly making a name for himself, Misha extended his production efforts to bands like Animals As Leaders, Veil of Maya, Born Of Osiris, Stray From The Path and many more.  Misha is a total gear-head, who has released guitar pedals, multiple plugin lines with GetGood Drums, as well as JST, and knows the technical side of the music production process like the back of his hand.

What is at stake if you don’t grab
The Ultimate Drum Programming Course today?

Allow me to pose a question to you:

Why put all that time, effort, emotion, passion, and energy into writing your song, getting it perfectly structured, recording amazing bass, guitar, and vocal parts—just to slap subpar drums on it, and end up with a mediocre end result?

What is at stake is this: without The Ultimate Drum Programming Course, you will continue to spin your wheels and have your productions sound the same – for at least a few more months.

Why not skip months or years of painful trial and error, trying to figure out drum pramming on your own?

Today, you have the chance learn cutting-edge techniques that are currently used by one of the most sought-after Metal producers in the world. Pick up this course now, make Misha’s workflow your own, and add a whole new level of energy and excitment in your songs.

We’re so confident that this content will help you, that we’re offering a 30 day refund guarantee.

If it doesn’t work for you, there will be no hard feelings. You can even keep the files!

There, we literally removed any downside for you. Now, the choice is yours.

Yes, the concepts and techniques that I teach apply to any major DAW like Pro Tools, Logic, Ableton, Fruity Loops, Studio One and other similar platforms. However, Misha is using Cubase for demonstration purposes.