Re-Recording The Beatles Vol. 2 – Let It Be

GAIN INSIGHTS INTO THE MAKING OF
4 BEATLES CLASSICS
‘Let It Be’, ‘Don’t Let Me Down’, Get Back’, ‘Two Of Us’

The Beatles are arguably the most influential band in music history:

With over one billion records sold and fans camping outside of their concert venues days in advance just to get a front row seat, The Beatles have shaped the sound of an entire generation and beyond.

If you are a Beatles fan and want to learn more about their music production process, this course will be a goldmine for you:

Ever since his teenage years, he has studied the Beatles and Glyn Johns‘ recording process in detail, to be able to reproduce The Beatles amazing tones faithfully.

In this course, you’ll get to be a fly on the wall, as Clay re-records 4 Beatles classics of the ‘Let it be’ era:

Clay reveals the band’s unusual recording style during their time of breakup, and shows you which basses, guitars, and effects John Lennon, Paul McCartney and George Harrison used to create their signature tones.

Discover the secrets behind Ringo‘s outstanding drum sound, as well as Glyn Johns‘ and George Martin’s unique approach to recording and mixing the songs.

In addition, you’ll receive the multitracks of all 4 faithfully re-recorded songs, so you can study each part in detail and have a hand at mixing the songs yourself!

Take this course today and discover a whole new side to The Beatles, which you might not have been aware of yet:

As we all know, The Beatles created some of their greatest art during a time of breakup.

But what was their recording process actually like during these turbulent times?

Did they track these songs live together, or was it a blending of individual takes? What was their workflow in the studio like and which equipment and techniques did they resort to?

These questions and a lot more are discussed in this course, as you get to watch Clay replicate the band’s entire recording process right in front of your eyes.

There is no doubt that Paul, George and John are some of the best instrumentalists and songwriters that ever lived. Especially on ‘Let it be’, their tones matched the arrangements beautifully!

In this chapter, you’ll learn which guitars, basses, microhones, and effect they used in the recording of this album, and discover how to achieve John’s signature guitar sound on ‘Don’t let me down’ by tracking through a Leslie Cabinet. 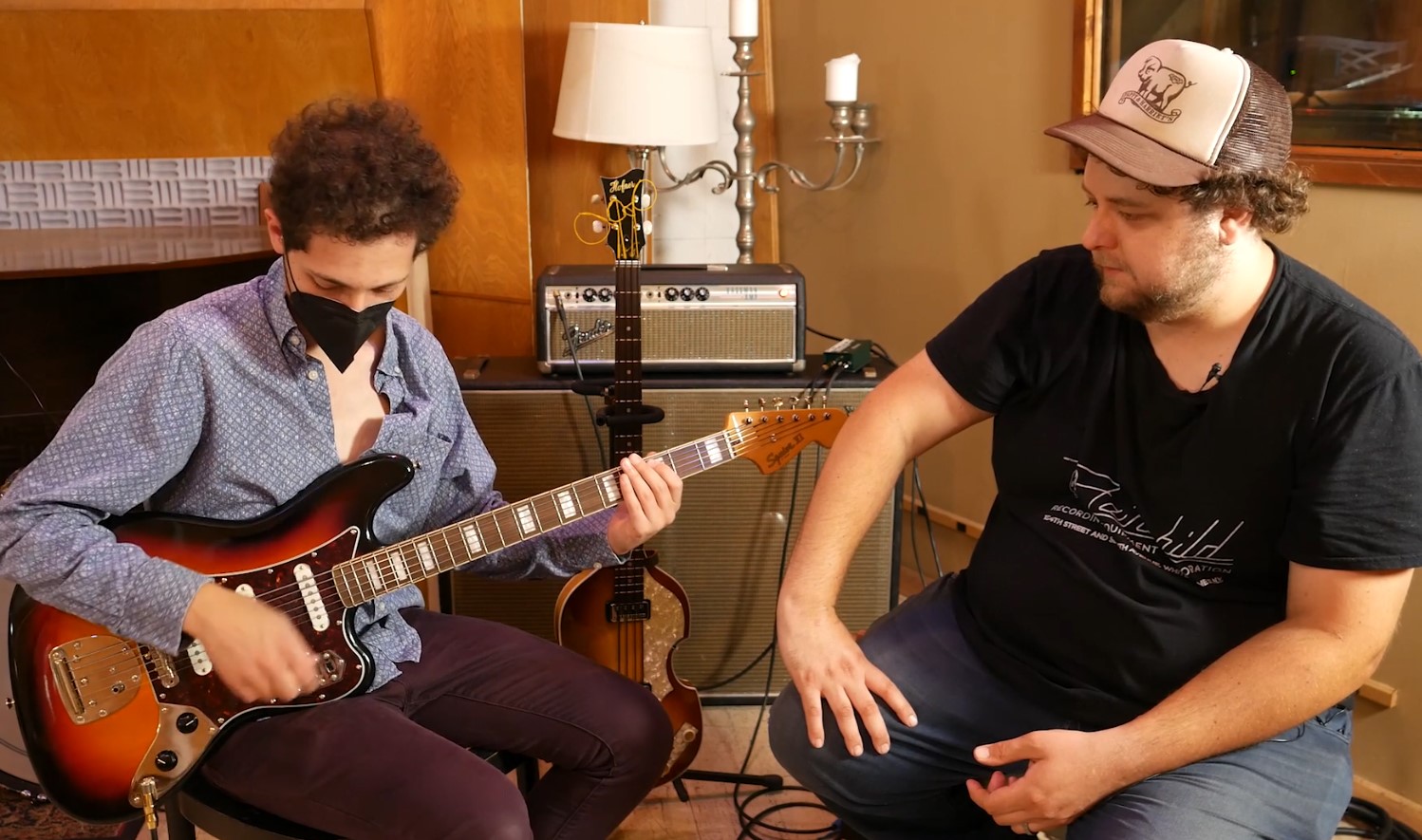 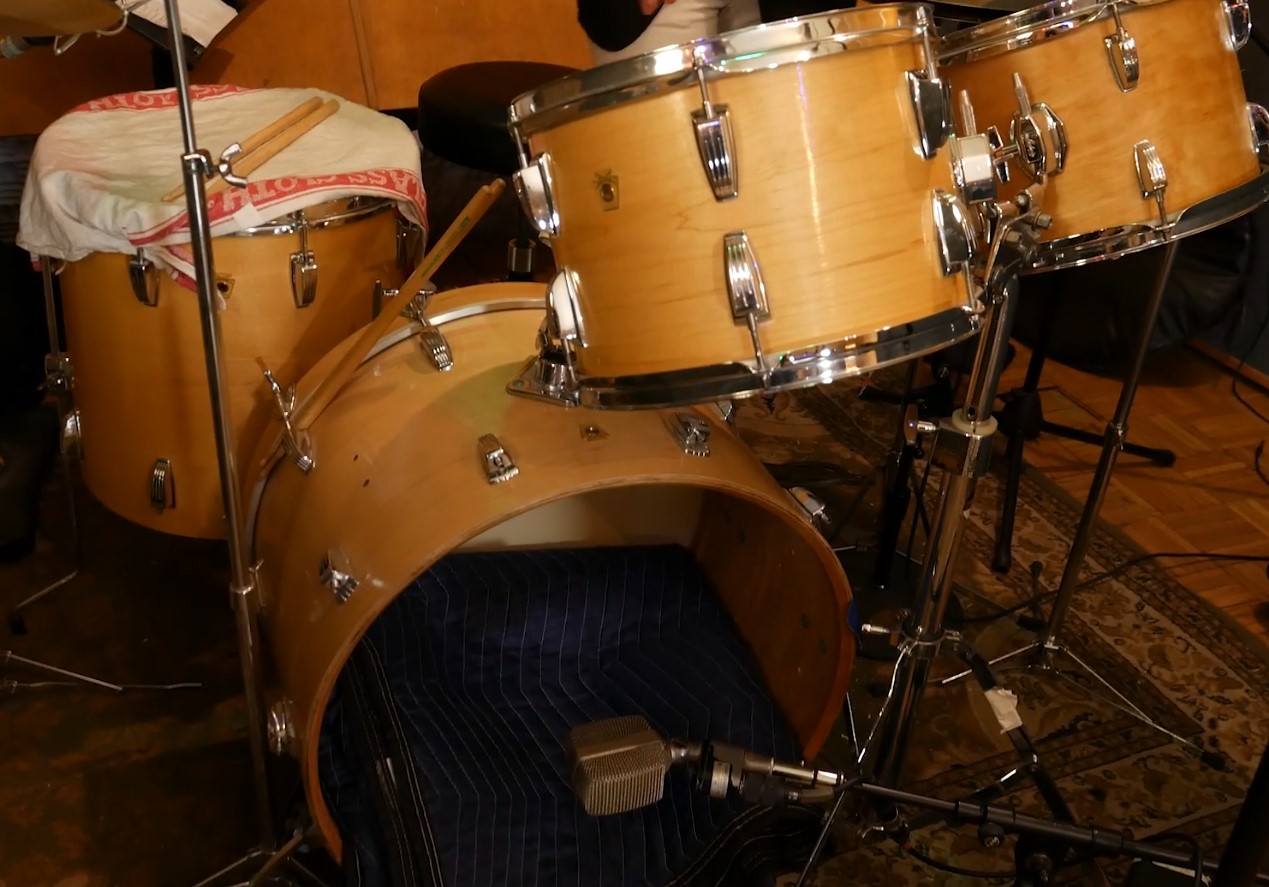 Ringo’s drumming is one of a kind and his sound will be immediately recognized by any fan.

This is largely due to the innovative tracking approach of Glyn Johns, which has since than found it’s way into many modern recordings.

Get an in-depth look at Ringo’s drum kit setup, as  well as Glyn’s miking techniques, and discover which gear he used to round out Ringo’s signature sound.

There are a lot of fascinating arrangement details on these 4 songs, which the casual listener might miss at first glance. However small, these additions are quite important to build tension and a climax in each song!

Watch as Clay takes you through the recording of each of these ear-candy pieces, from percussion parts, to manually altering Rhodes & Hammond tones during the performance, and more! 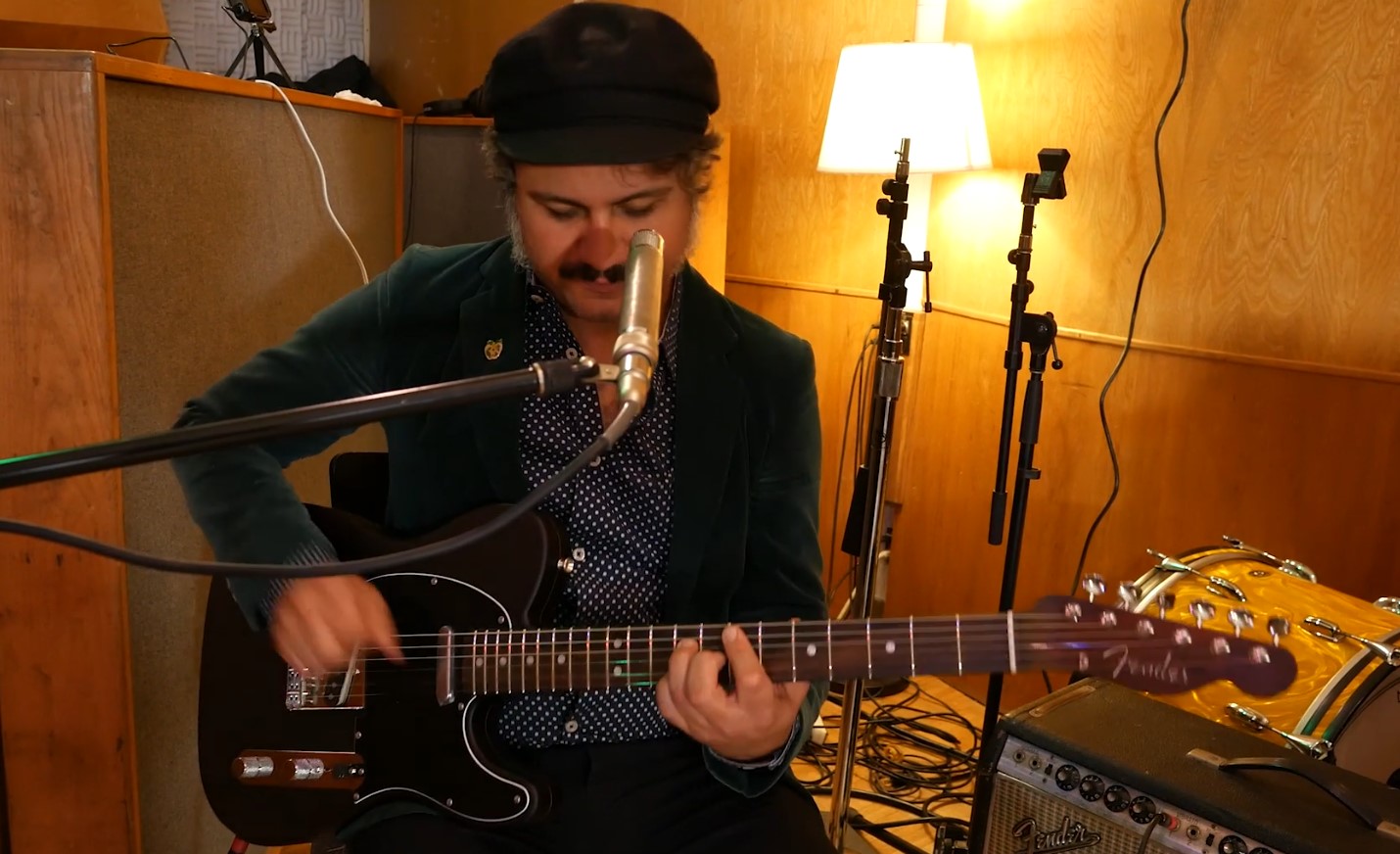 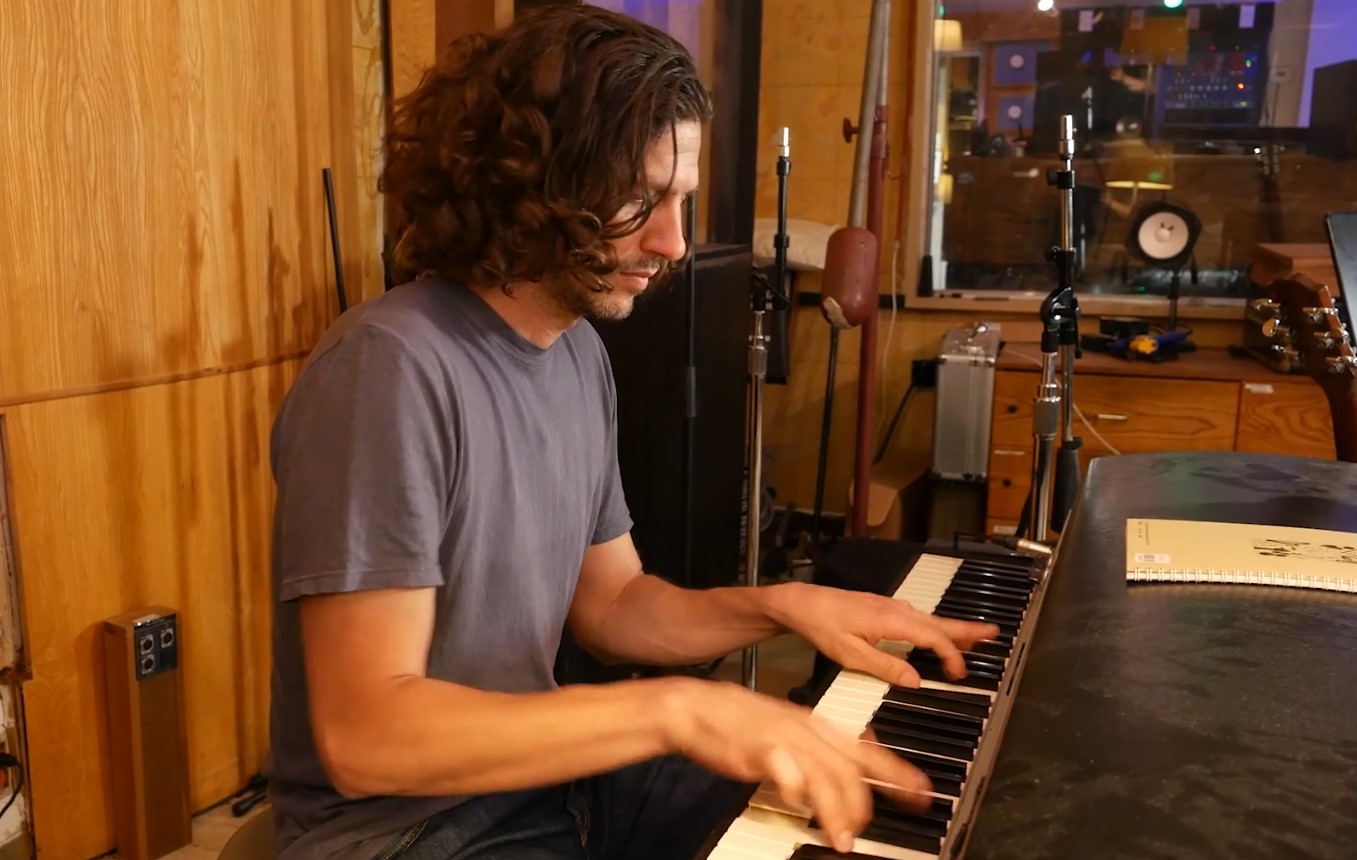 Billy Preston: An Undeniable Impact On The Beatles’ Sound

On 3 out of the 4 songs covered in this course, Billy Preston joined the Beatles as a keyboardist and organ player.

His catchy licks and intriguing harmonies round off the songs perfectly, and helped them become the masterpieces we’re all enjoying to this day.

In addition, Billy acted as calming factor between the already quarrelling band members.

Discover Billies recording process for his B3 and Rhodes parts and get a detailed picture of the factors which contributed to The Beatles incredible success.

Largely due to the transitional and thrown-together studio setup The Beatles found themselves in at the time (which you’ll learn more about in the course), some curious and unconventional mixing choices were made by George Martin, which nevertheless led to amazing results!

Clay shows you how to faithfully re-create the mixes of all 4 songs by using plugin emulations of the equipment available to George and the band.

We’ve included the multitracks of all 4 re-recorded Beatles songs, so you study each part in detail and have a hand at micxing these wonderful tracks yourself! We’ve also included a license for you to use your mix on your website or portfolio to help you grow your mixing business.

Clay Blair is the owner and head engineer of Boulevard Recording in L.A., formerly know as the Producer’s Workshop. This studio is considered to feature one of the best sounding live rooms in L.A and has written plenty of music history over the past decades: From John Lennon and Ringo…

Don’t wait to get your hands on this amazing content. You can buy this course right now for only $77. If for any reason you don’t feel that your skills and knowledge have improved after taking this course, simply shoot us an email within 30 days and we’ll give you a full refund, no questions asked.